Every winter seems like I’ve got a list of projects that need to be done on the car.  Fortunately, this year, it wasn’t a big project, just a bunch of little ones.  Since I haven’t written a blog post in quite sometime, I thought this would be a good time and subject to try and get some new content on the website.  So here we go…

Some of these projects I’ve been wanting to get done for a little while, but some other projects took priority and sometimes just life too priority… I am sure you know how that goes.

First off, the cowl vent on the 36 Chevy didn’t have a good seal in it and when I rewired the car, I tried to open a bit, but didn’t want to force it.  I never really got it to open, even a bit.  So, I decided the best way to take care of this was to fill the gap in the cowl around the vent.  That way, you could still see that the car had one, but it would no longer function and it wouldn’t leak when I got caught in the rain. 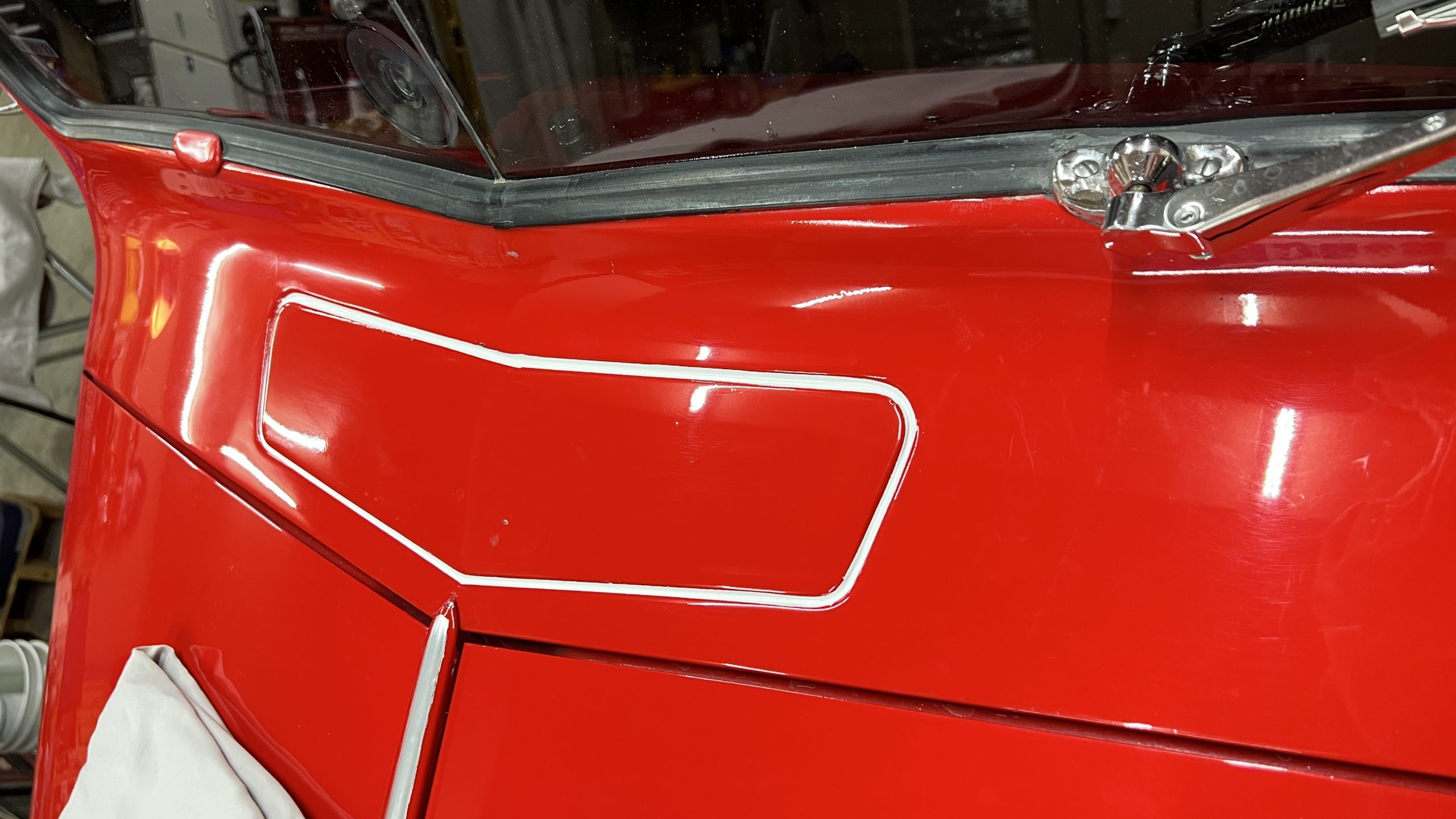 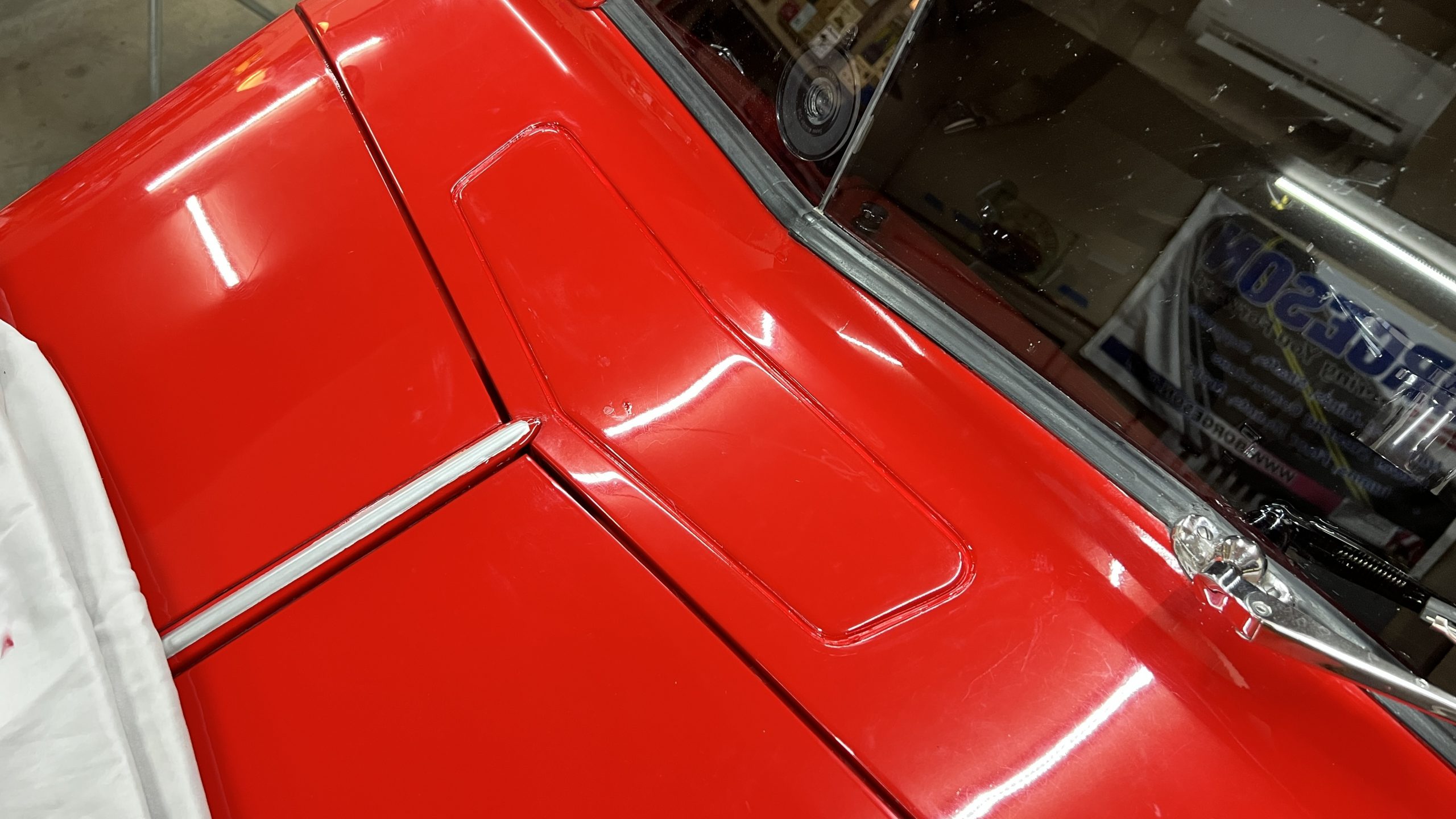 When I rewired the car, on the power wire that went to the distributor, I just put spade connectors on the 2 wires and plugged them individually.  This could be a real pain in the rear to do without standing on your head to get them plugged in.  Well, after having to work on it at the fairgrounds in Springfield, MO, a friend of mine sent me the actual plug for the MSD distributor.  I was able to get it wired up and now it plugs in much easier. 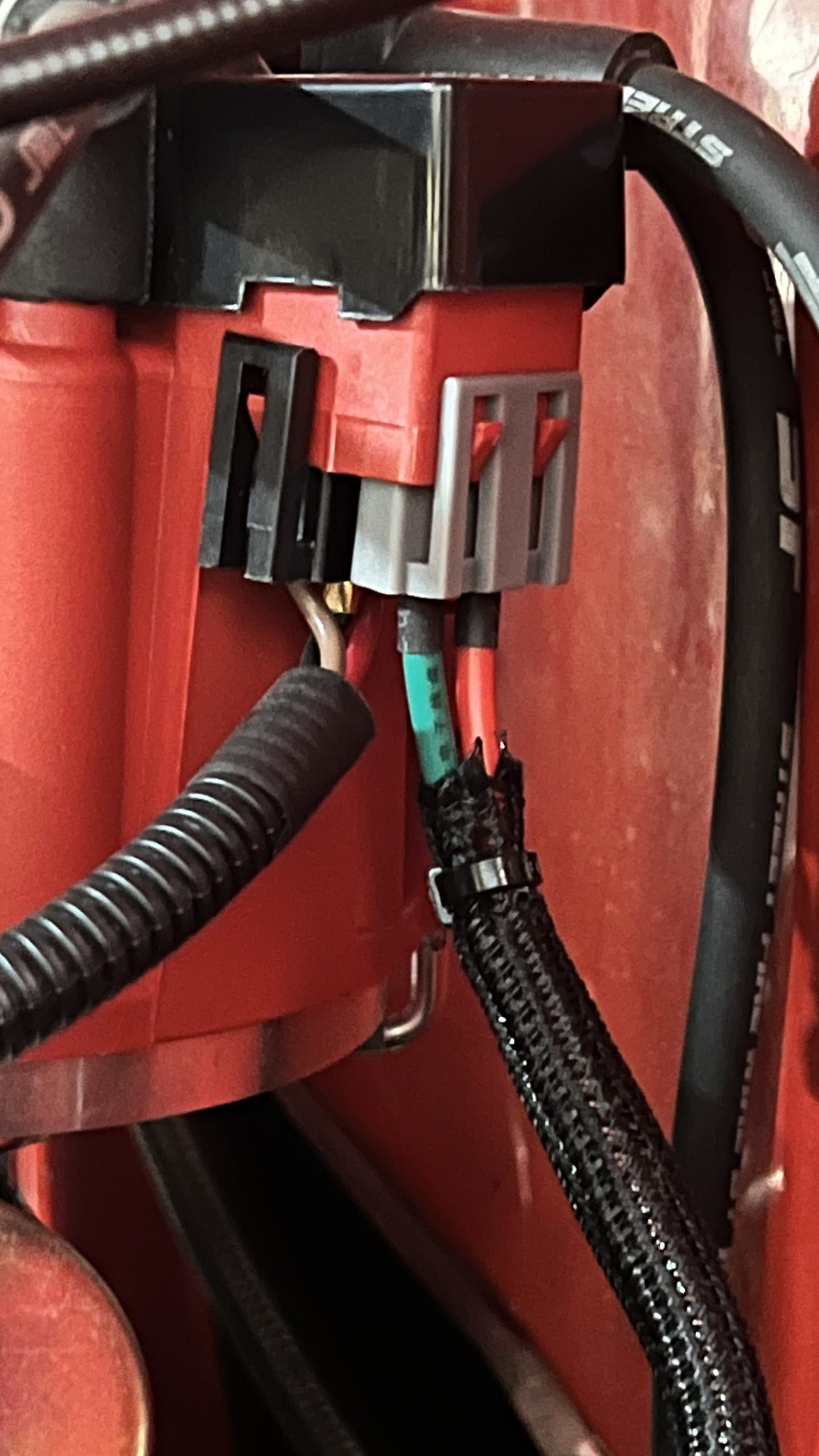 Two years ago, the passenger door window developed a crack, running top to bottom.  Well, I finally took the time to pull the glass out and have a new one made this year.  I wasn’t looking forward to this job at all, but it went much smoother that I thought it would go.  Now, I don’t have to look at that crack! 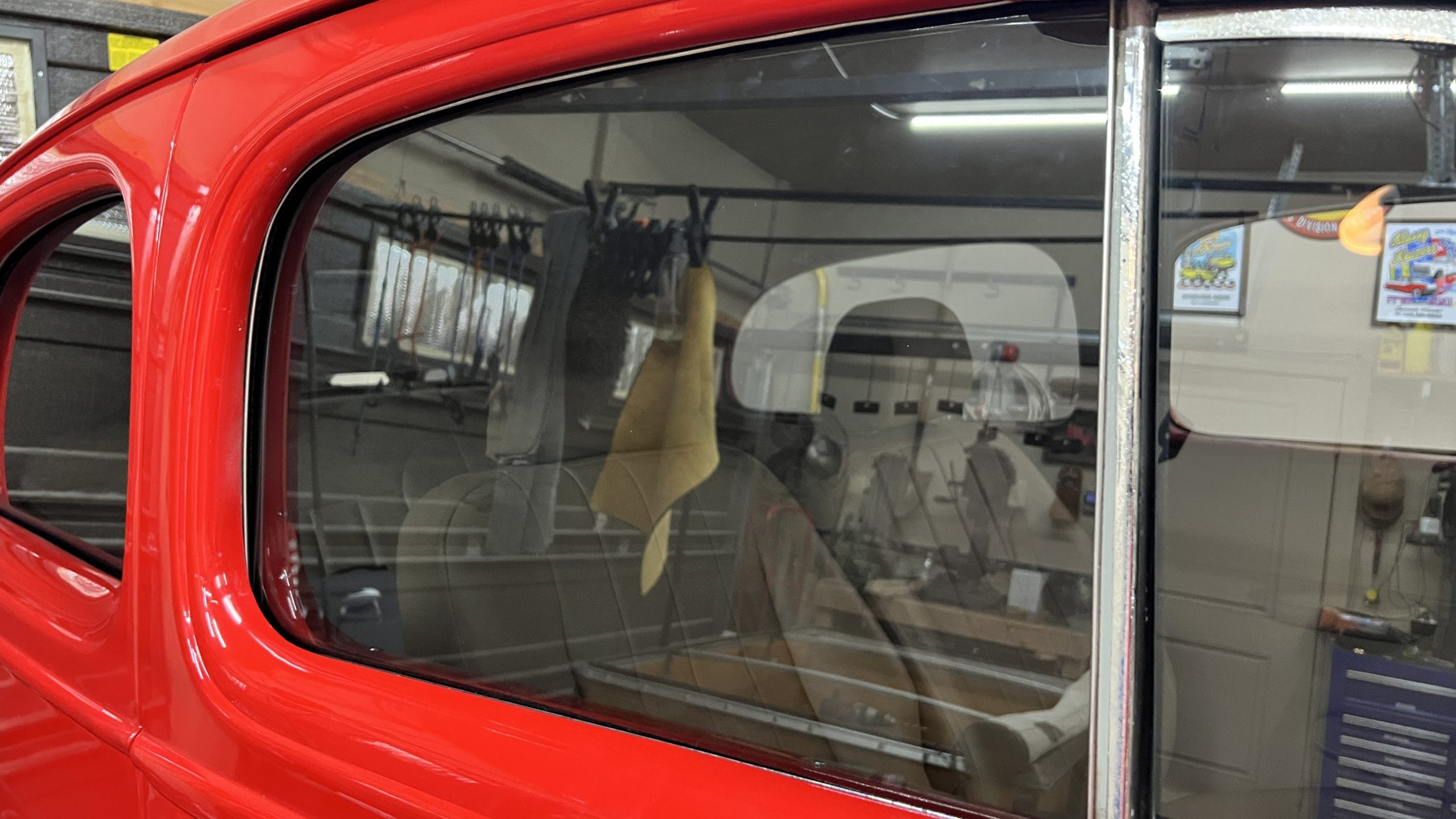 I had also noticed that the trunk leaked when it rained also.  After looking at the seal, I determined that it was not sealing well against the body.  So, I ordered a new trunk seal.  I can tell when closing the trunk now, that it is making contact all the way around the trunk lid, so that issue may be resolved now too… 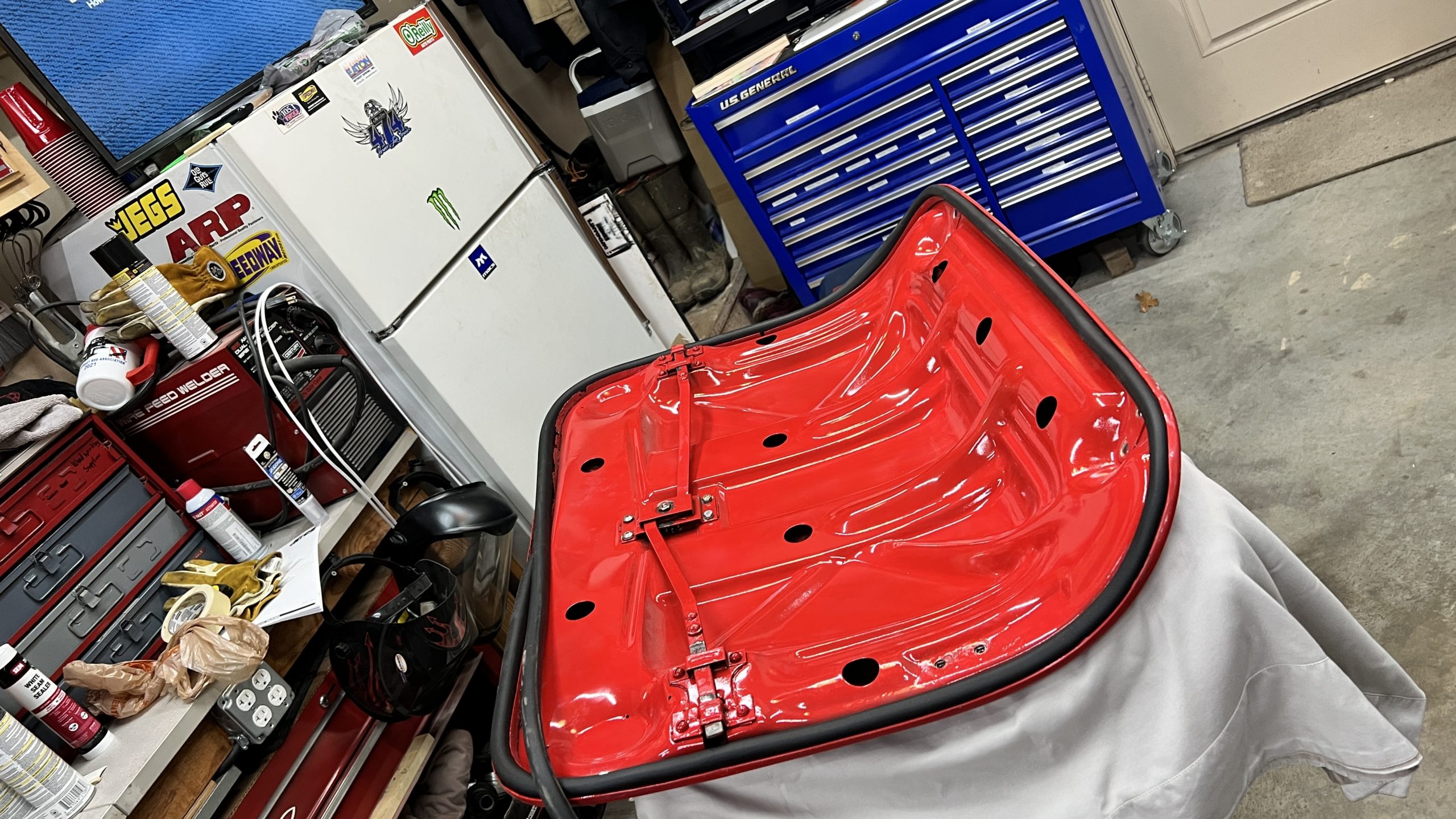 While I was working on the seals, I moved on to the door seals.  I think the doors still had the original seals in them and they had been painted over when the car was painted.  I am not sure why people do that, other than being lazy!  But the doors also now seal better when closed. 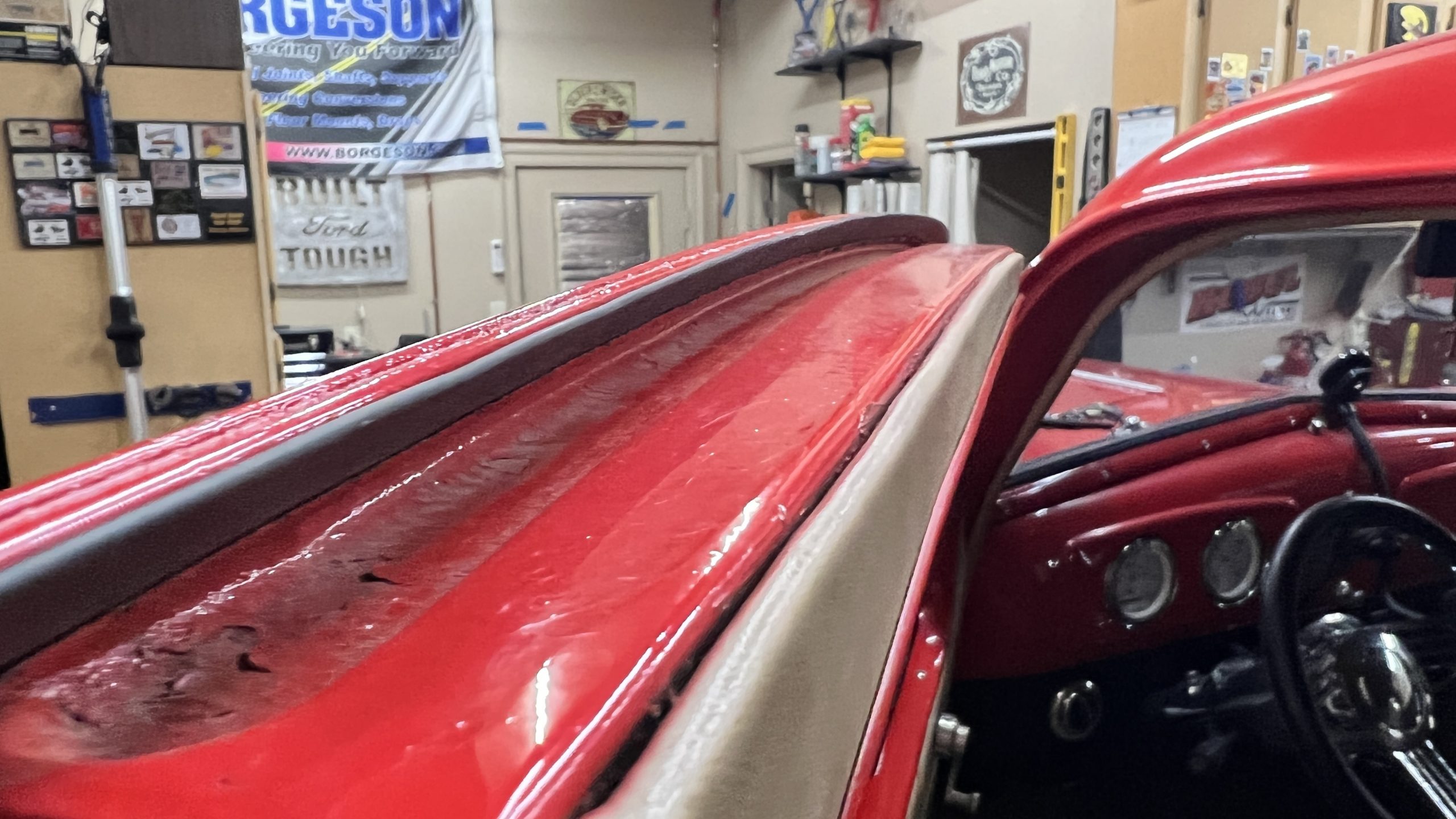 To help with rocks and road debris from hitting the bottom of the fenders and causing any cracks in the paint, I finally got the undersides of the fenders undercoated.  I knew that the front fenders were huge on this 36 Chevy, but it took 10 cans of this stuff to undercoat all four fenders.  There are three coats under each fender. 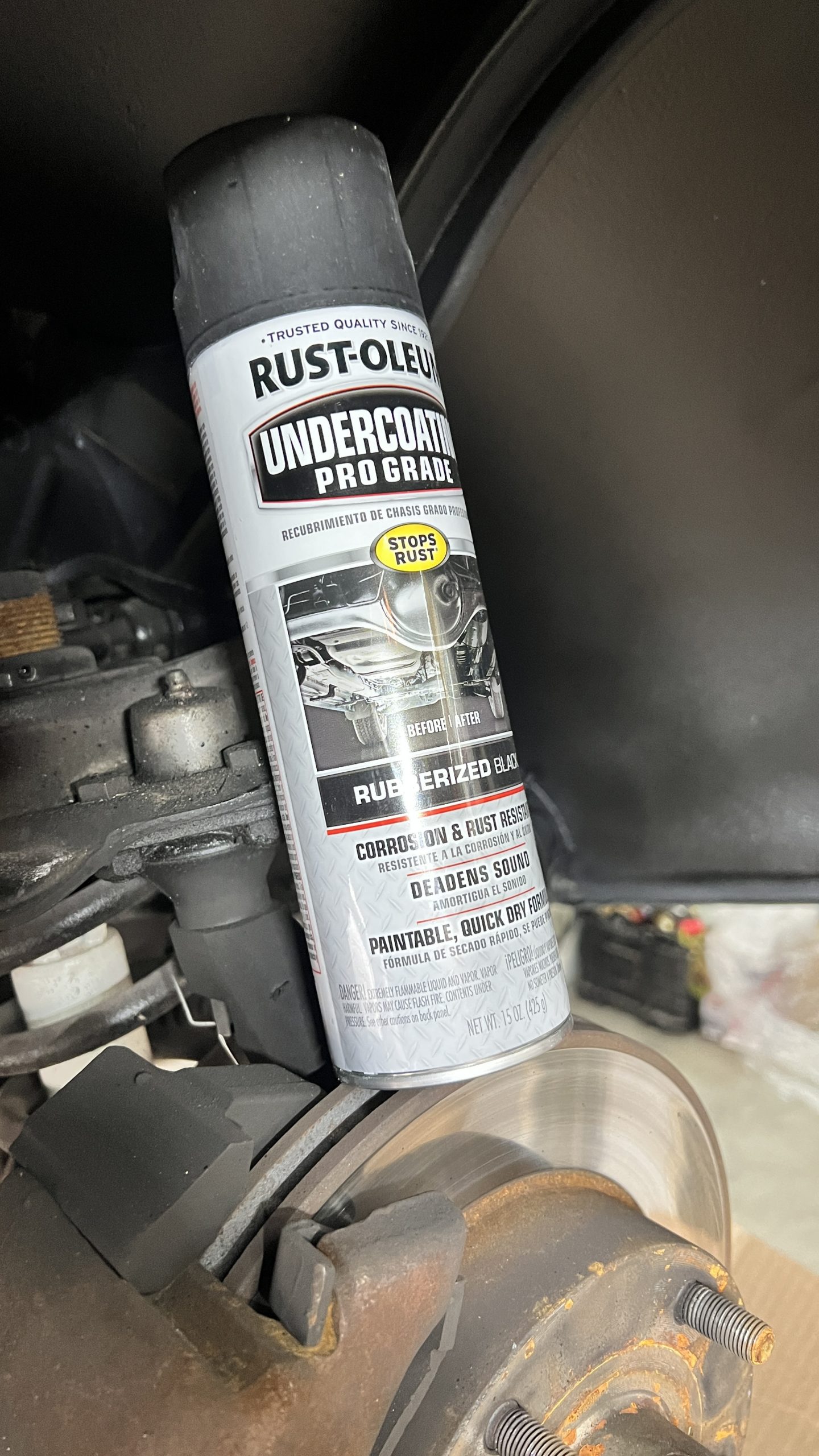 One of the safety items I needed to take care of was the neutral safety switch.  I thought the one in the steering column was working, but after swapping out the ignition switch, I discovered that it wasn’t even installed at the bottom of the steering column.  I chose to install one on the side of the transmission instead.  I was able to order the Lokar switch and easily installed on the transmission.  The hardest part was getting the wiring routed back where I needed, but it’s all hooked up and working now. 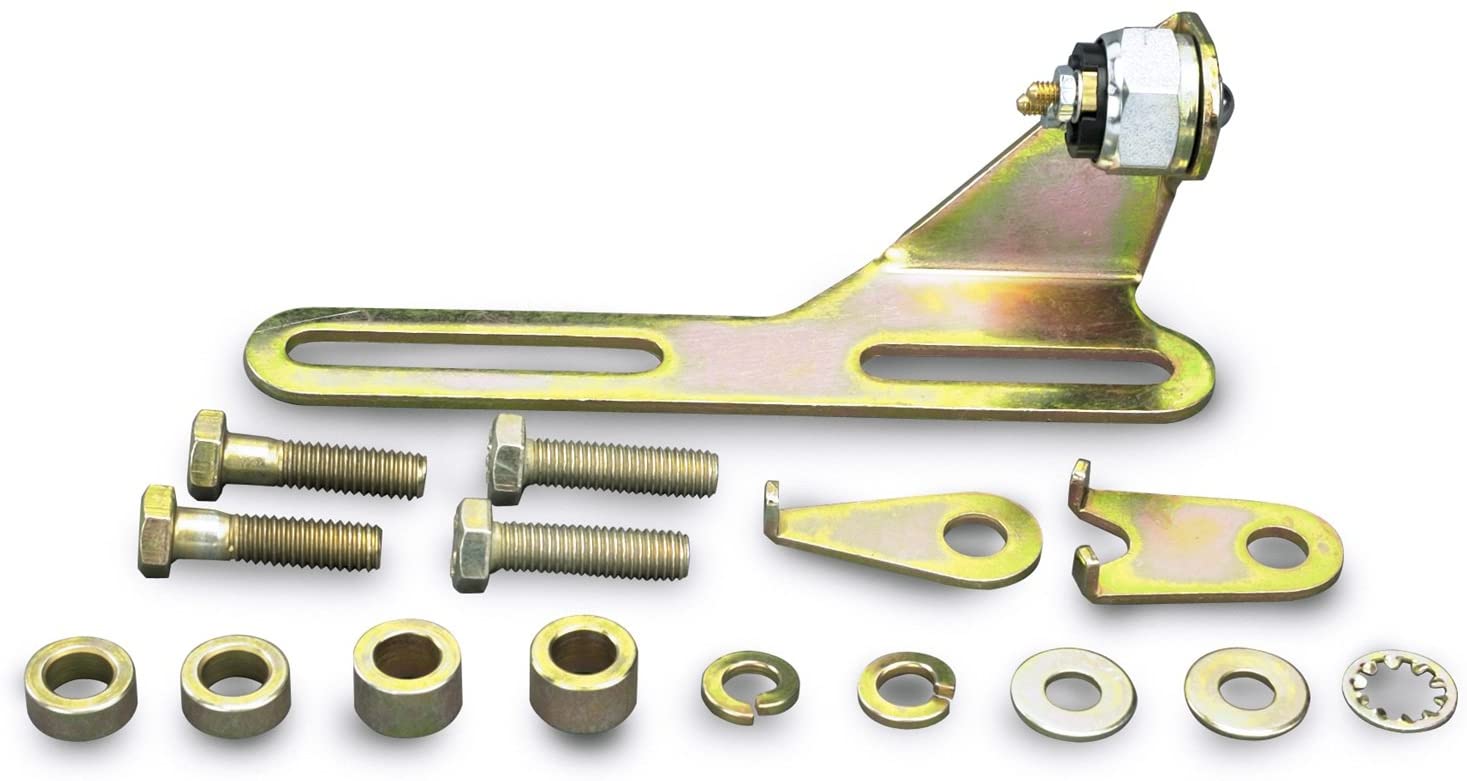 I haven’t been able to pull my little hot rod trailer since buying the 36 Chevy.  It was time get a trailer hitch installed on the car. This was another project that could have taken a while, but we got everything fabricated in about 6 or 7 hours on Saturday.  Now I have a 1 1/4″ hitch on the car and will now be able to pull the trailer and free up some space inside the car for longer trips.  Also, along with the hitch, the trailer lights are all hooked up and ready to go. 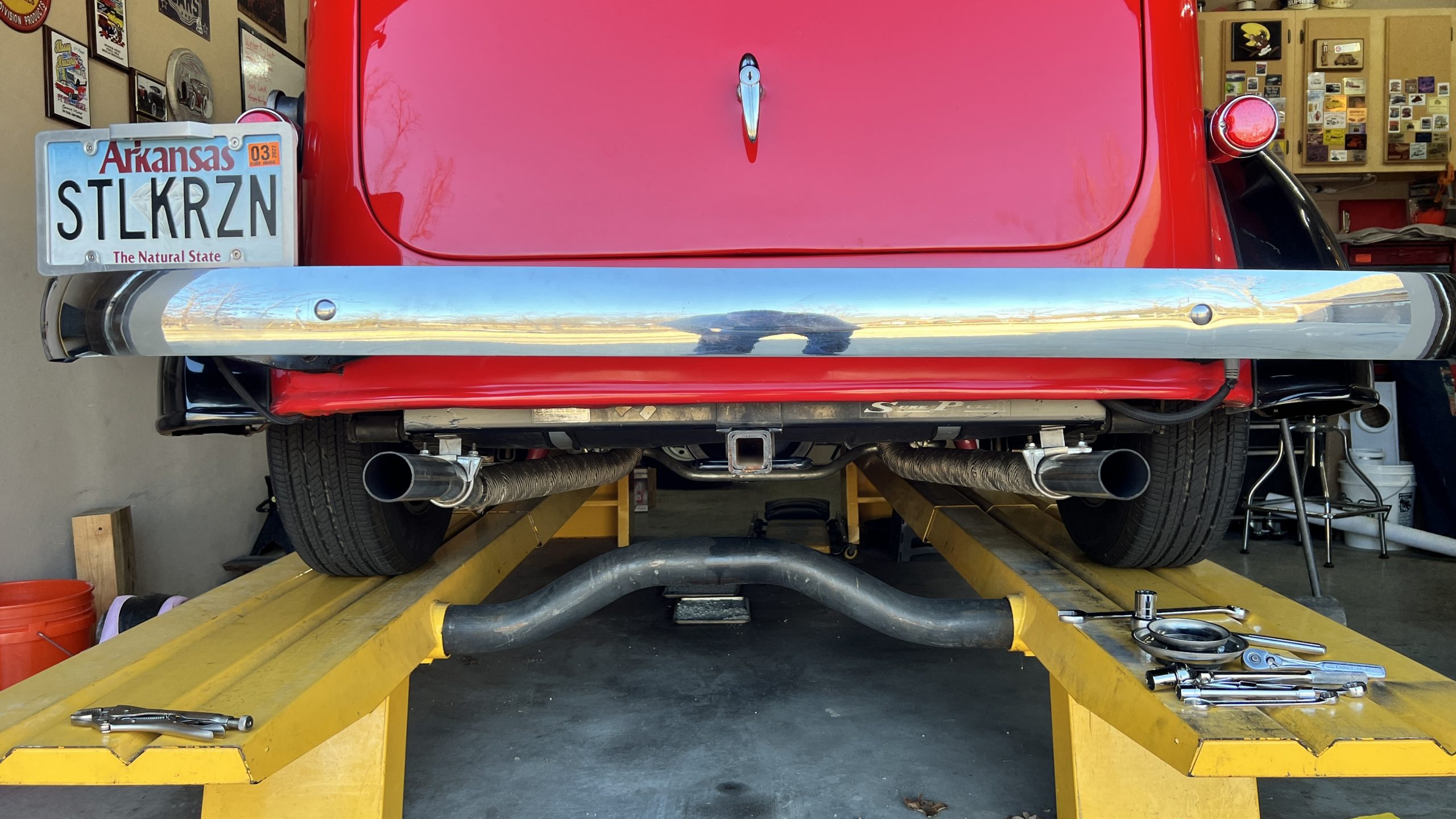 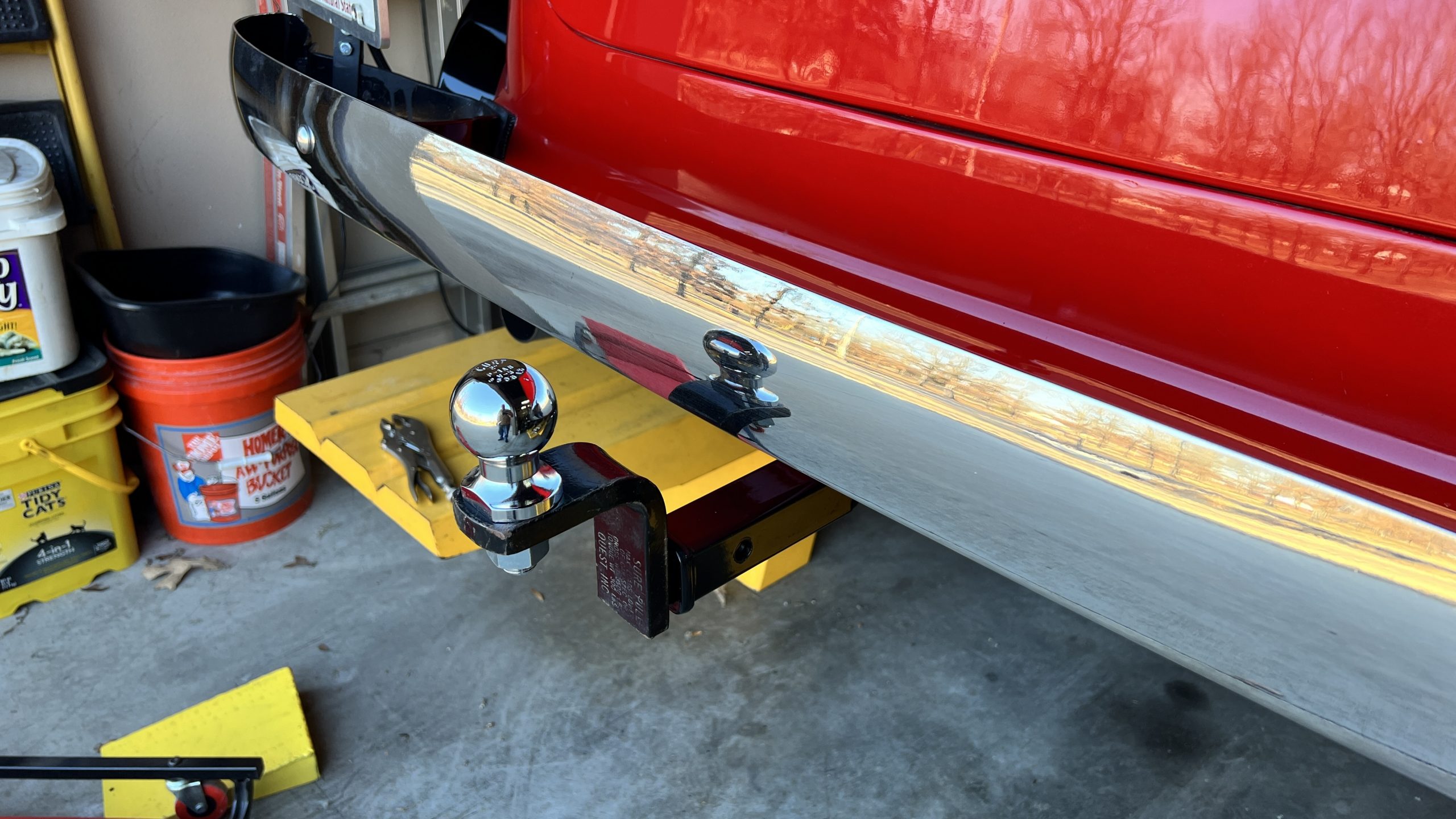 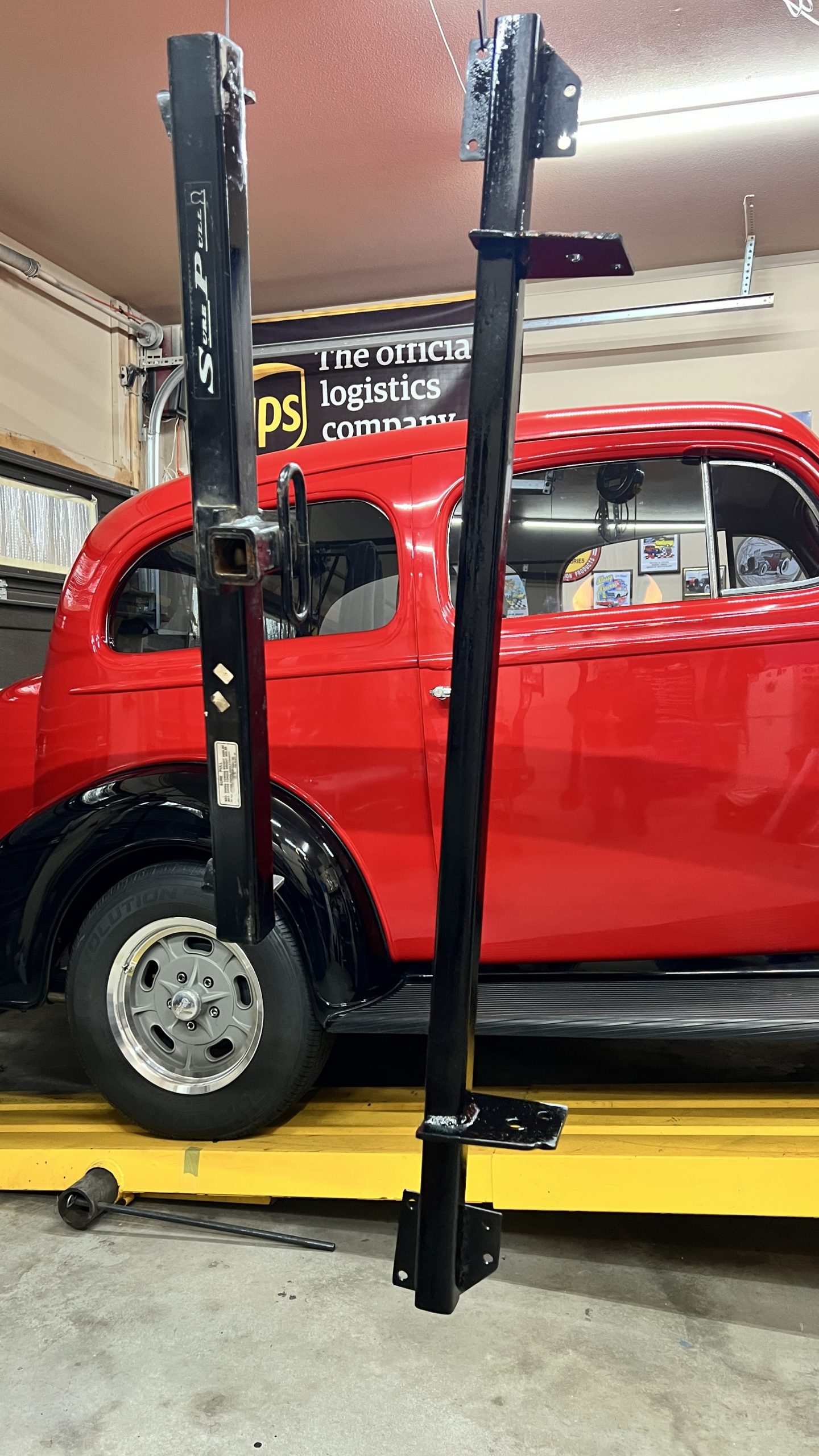 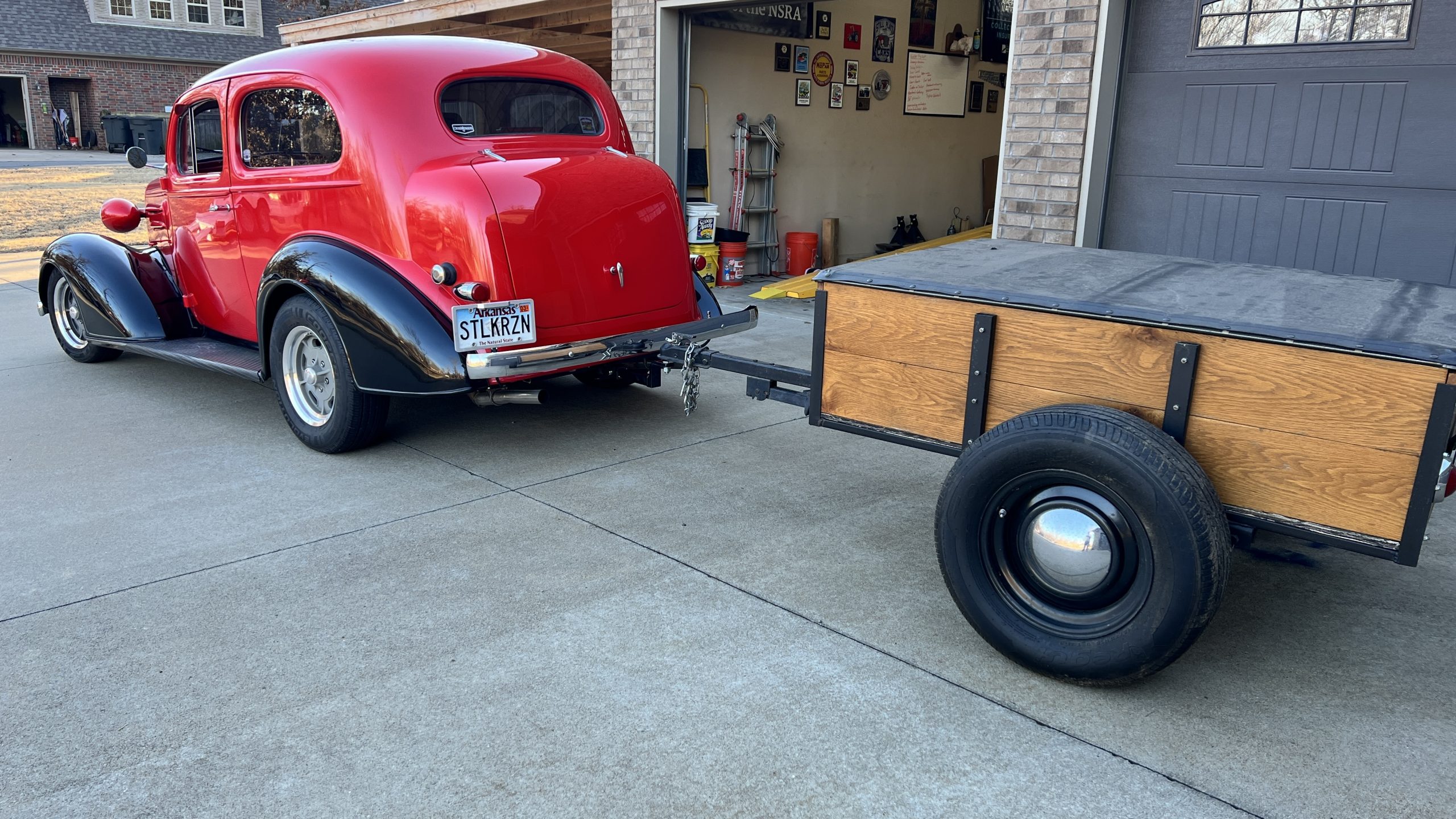 Since the trailer was built when I had the 31 Model A, it was built fender-less to match the car.  So, to help protect the car from flying debris, along with those following me, I am currently in the process of adding fenders.  A trip to Tractor Supply for fenders took care getting started.  I currently have them mocked up and ready to paint. I gotta say though, I am going to miss the six rooster tails off the tires of the Model A and Trailer when I got into rain.  Good times! 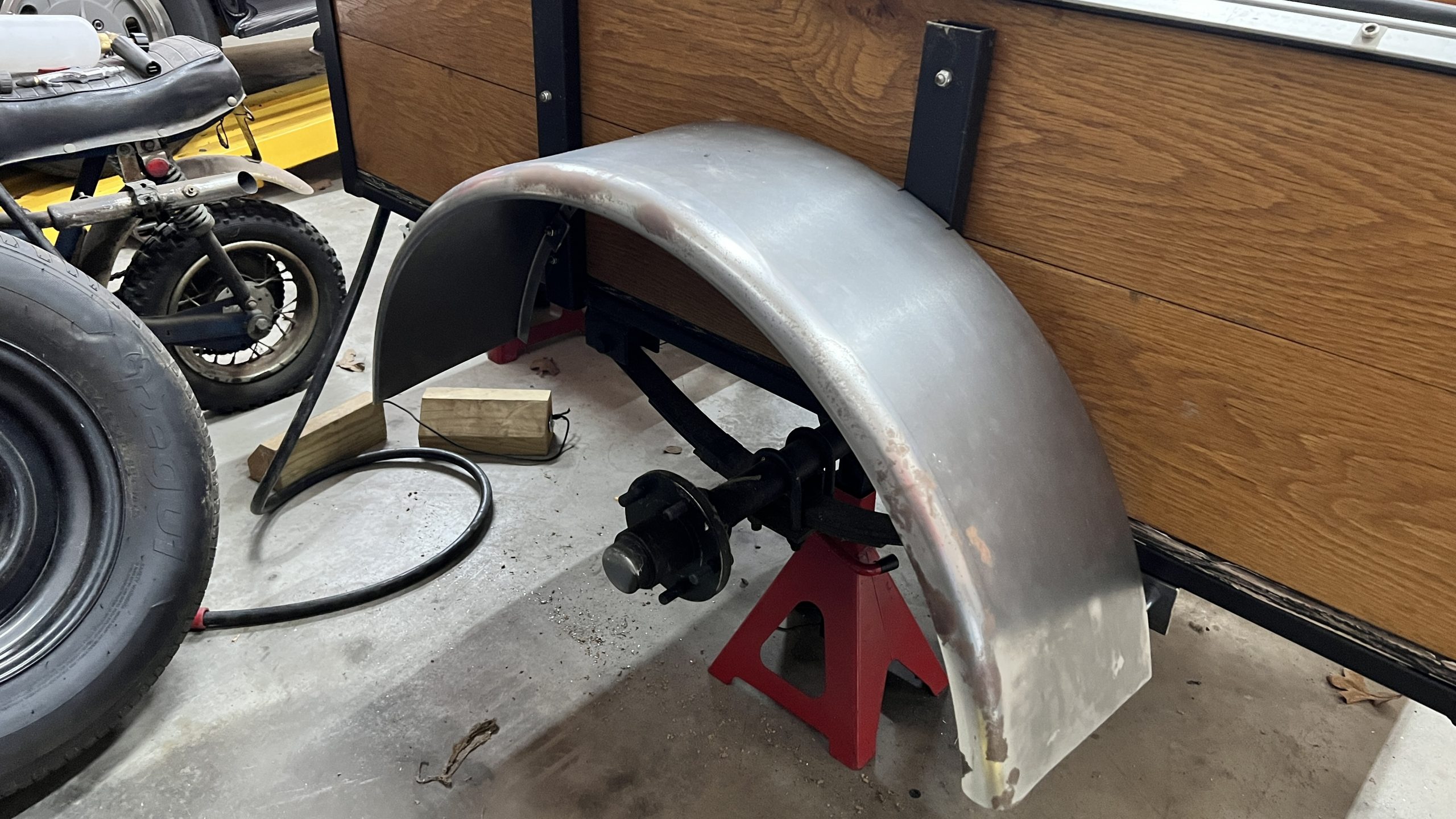 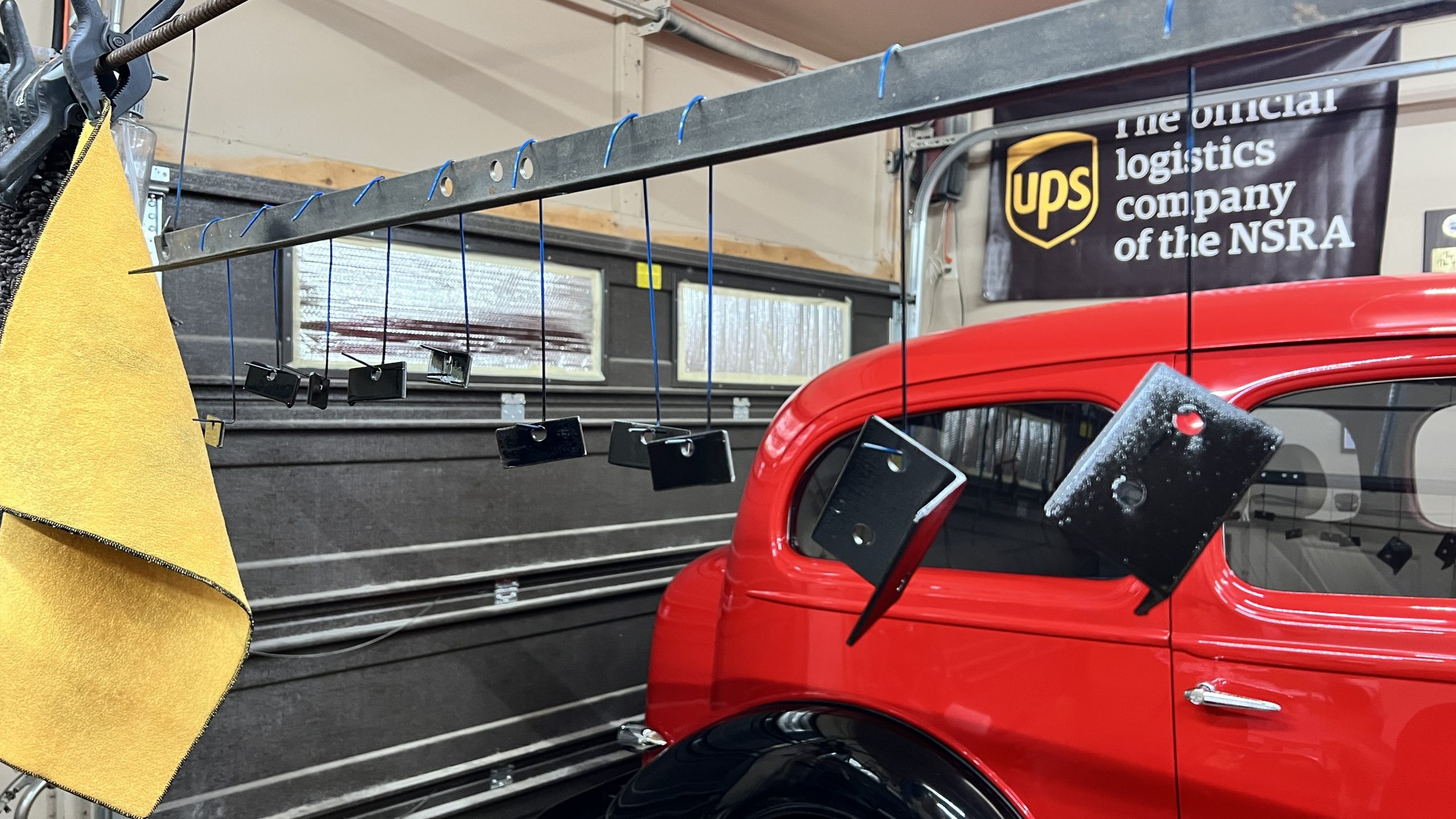 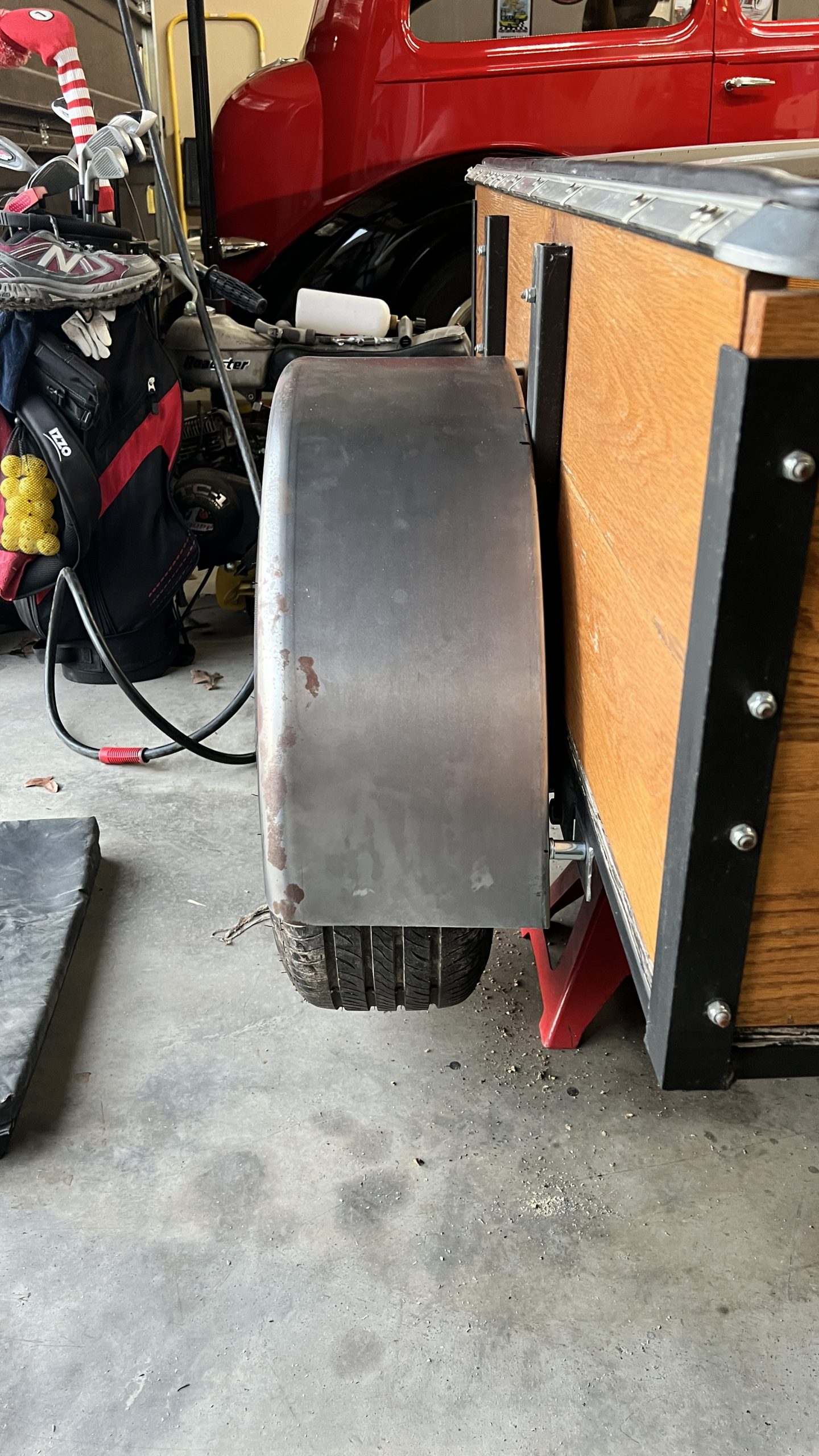 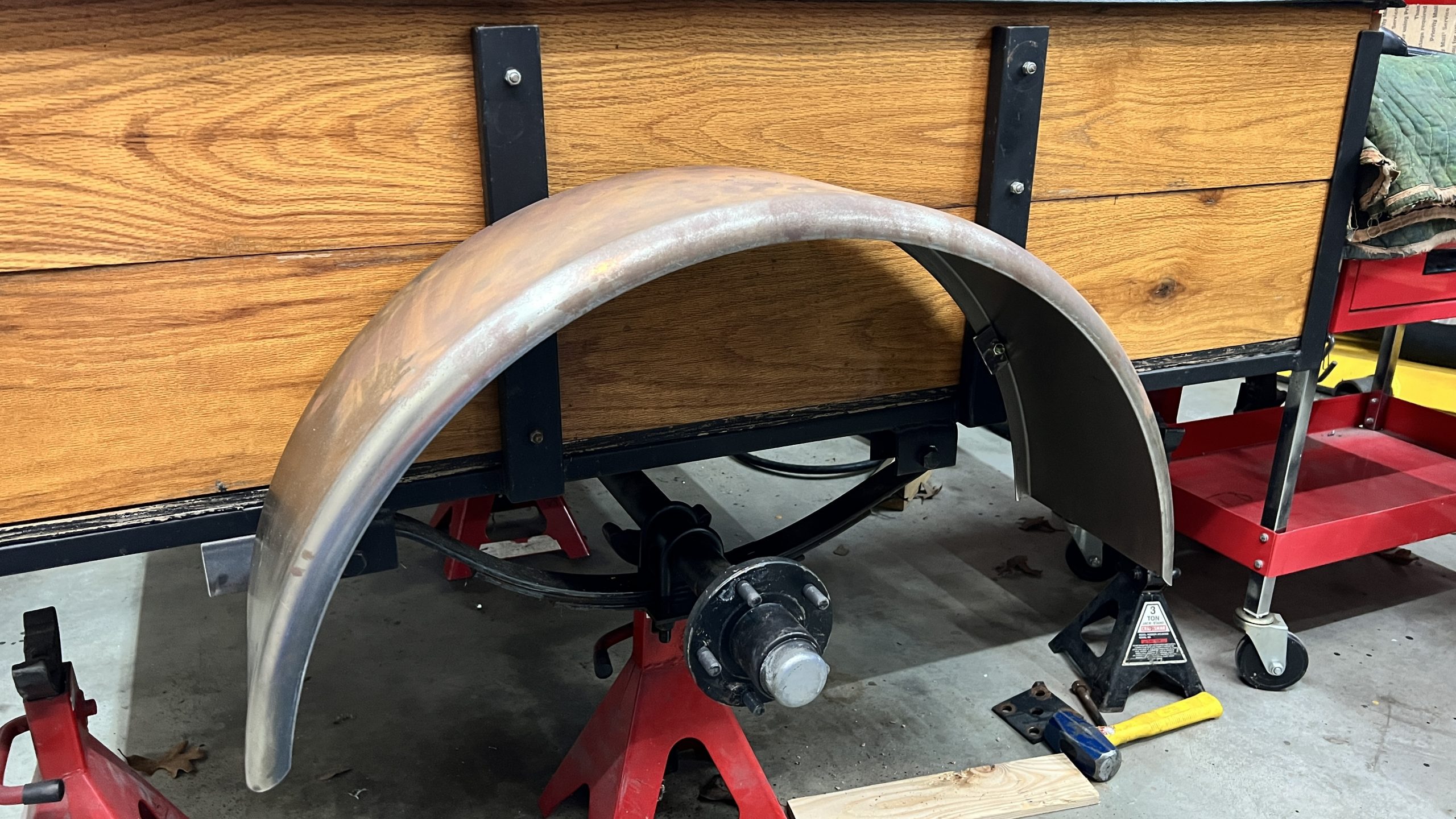 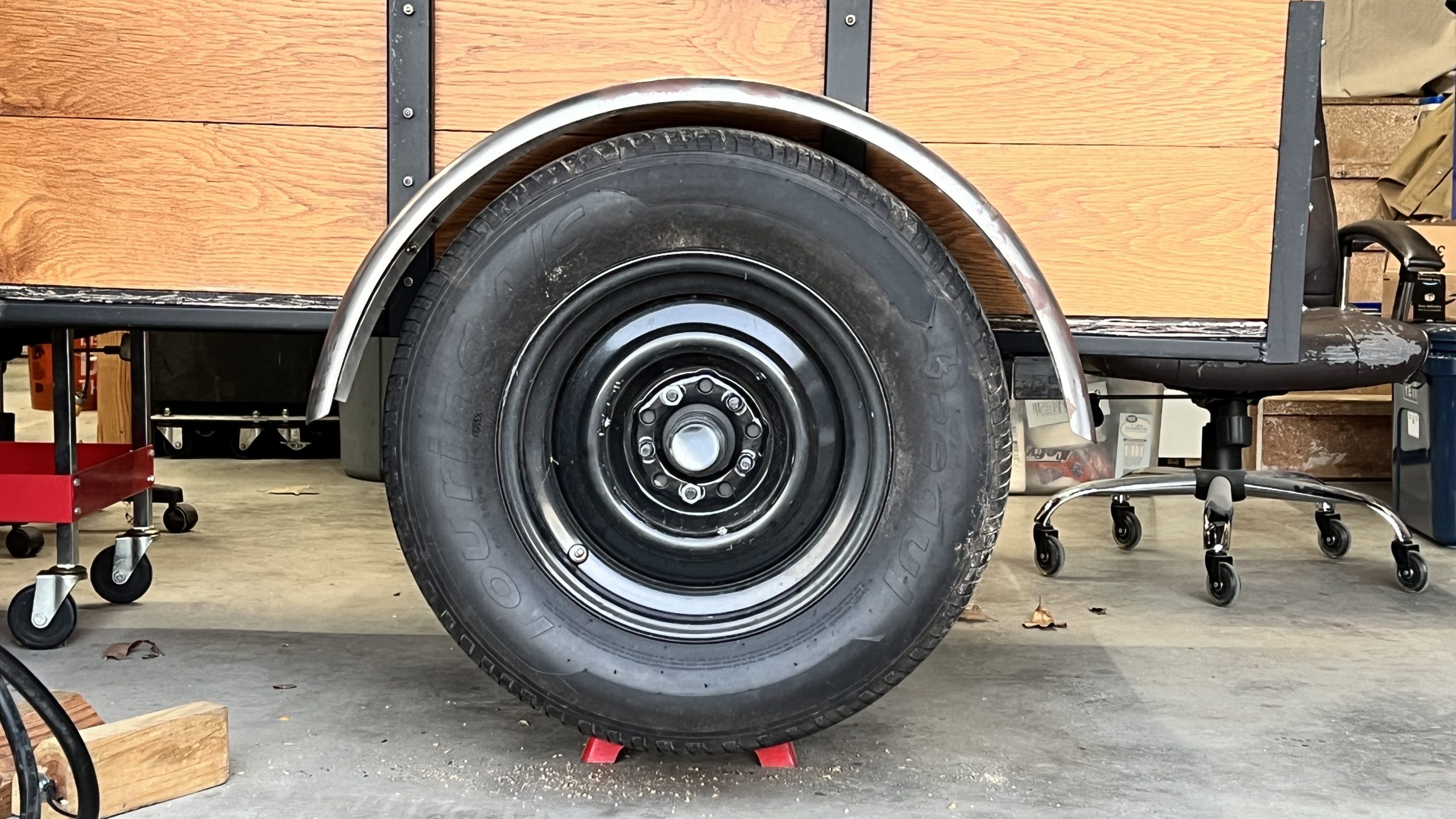 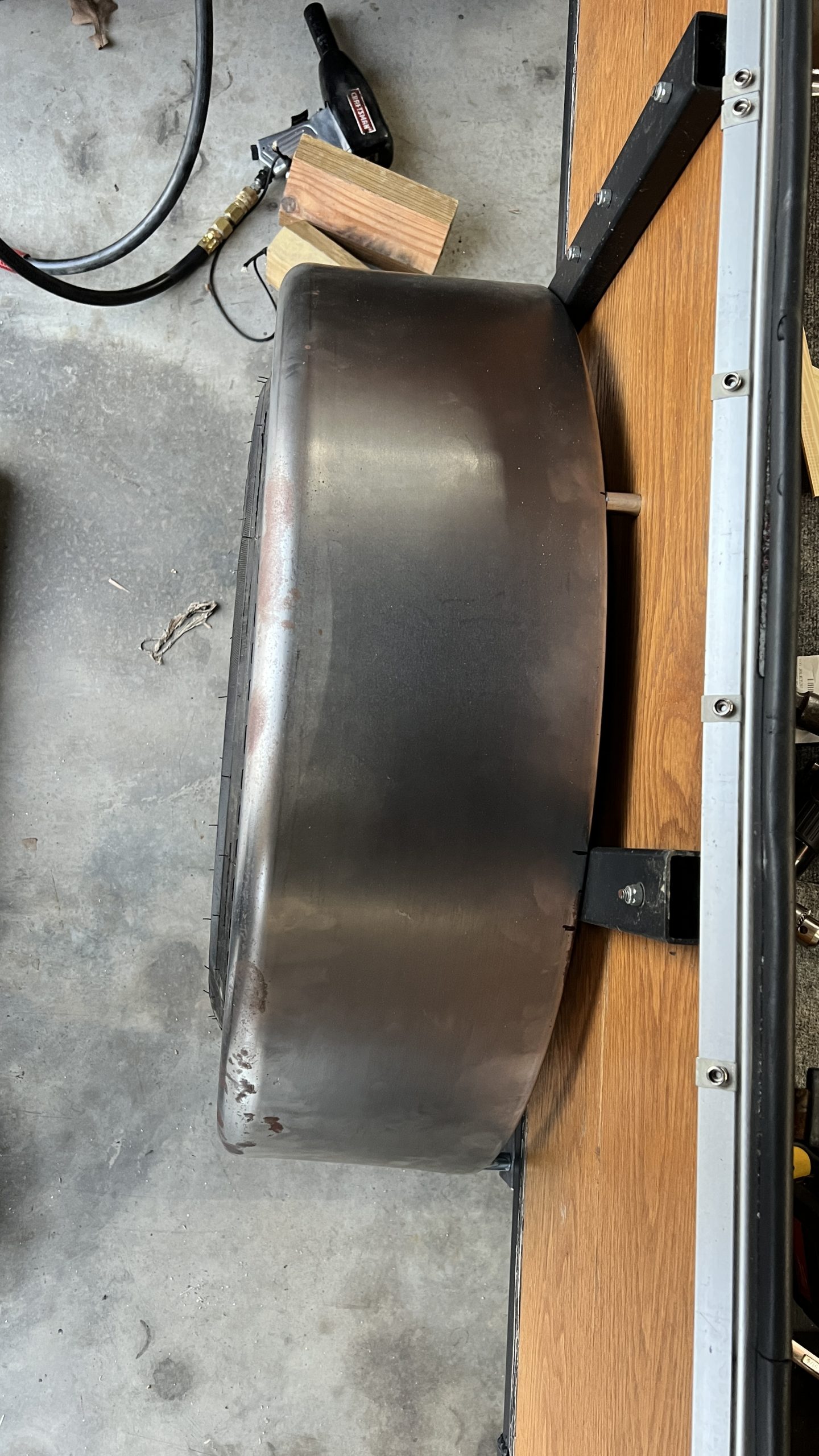 Still have some work to finish up the fenders on the trailer, but it will be done long before time to use it.  My winter projects are just about the wrap up.  About all that’s left is a final check on everything on the car, which I do every year, sometimes more than once.  Never hurts to crawl under the car and visually inspect everything from to back, top to bottom.

Hopefully your winter projects are going as well as mine.  Hope to see everyone out cruising soon!